Kirsten Leenaars: On Our Way to Tomorrow

Museum of Contemporary Art, Chicago, March 1-13 2011
This performance is a soap opera based on real-life drama, filmed on location at the MCA, using MCA staff and visitors as the core actors and extras. The plotlines and characters in the soap opera are part scripted and part improvised. Each day a new episode was filmed and a scenario for the next episode developed. On Our Way to Tomorrow was part of the interaction series and exhibition ‘Without You I Am Nothing’ curated by Tricia Van Eck.

Watch all  episodes from On Our Way to Tomorrow

Episodes 1-13 On Our Way to Tomorrow

In 2011, as part of the exhibition “Without You I’m Nothing: Art and its Audience,” artist Kirsten Leenaars produced On Our Way to Tomorrow, a soap opera based on real-life drama that was filmed on location using MCA staff and visitors as the core actors and extras. While the characters are fully fictionalized, scripts and improvisations were based on their actual positions at the museum. Leenaars is joined in conversation by Michael Darling, James W. Alsdorf Chief Curator, to discuss excerpts from the soap opera series.

On Our Way to Tomorrow 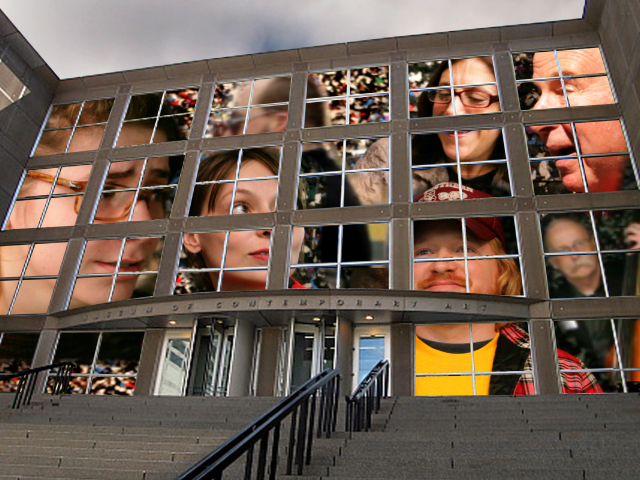 In a global city in the middle of America a museum for contemporary art is in search of her identity. Just what is it that makes this museum so different, so appealing? Which people really determine what is happening? Power struggles, affairs, greed, a passion for the arts, the ghost of a collection, a lost child, aspiring artists, ambitious curators, alert assistants, demanding board members, the mysterious custodian and amorous administrators all have their own motivations to shape the museum’s future. What is the story behind the returning mother, the mysterious phone messages, the missing chief curator, the adopted artist and the shooting at the museum, who is going to win the museum’s next curator competition? On Our Way to Tomorrow: the museum that never sleeps…

The majority of the cast members are current employees of the museum. Their roles are scripted for the main part and based on their actual positions at the museum, their characters are however fully fictionalized. In addition visitors will make up part of the cast, acting as extras. The parts played by the visitors are improvised and based on their own suggestions. The set for the soap is the second floor at the MCA, the main Dan Peterman’s Villa Deponie 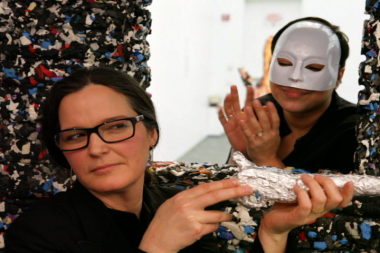