Yeah, You Made Me Feel Shiny and New, a collaborative project with Karin Zuppiger, Banff (What’s Love Got To Do With It?), January 2011.

This project began when we recorded some of our peers describing, in as great of detail as possible, the rooms in which they had sex for the very first time. We then constructed dioramas using mostly paper and cardboard, based on these descriptions. The resulting dioramas were then photographed, with the final incarnation being life-sized projections of these miniature spaces.

This is a project about memory, intimacy, connection and disconnection, collective nostalgia and physical space.  The macro-micro-macro life-cycle is not only present in the scale of these places – from the actual room to a shrunken model and back to an expanded space, but also in the experience of the participant. Through storytelling and interpretation, an event is transposed from actual experience to memory and back into the physical world. Suffused with nostalgia and colored by an adult’s memories, longings, and perhaps regrets the work blends psychological, political and conceptual approaches to art making, transforming photography’s propensity to objectify, into a sustained critique of the medium, intentionally leaving the body out of the image. Mining memories and media constructions of a romanticized transformative moment in a young adult’s life the photographs are charged with an eerie, dreamlike quality. On first glance the works appear whimsical, but there is another aspect to our playful approach, the works also reflect on defining one’s identity, on domestic and private spaces, on ritual and cultural expectations and furthermore reflect on generation specific signifiers. 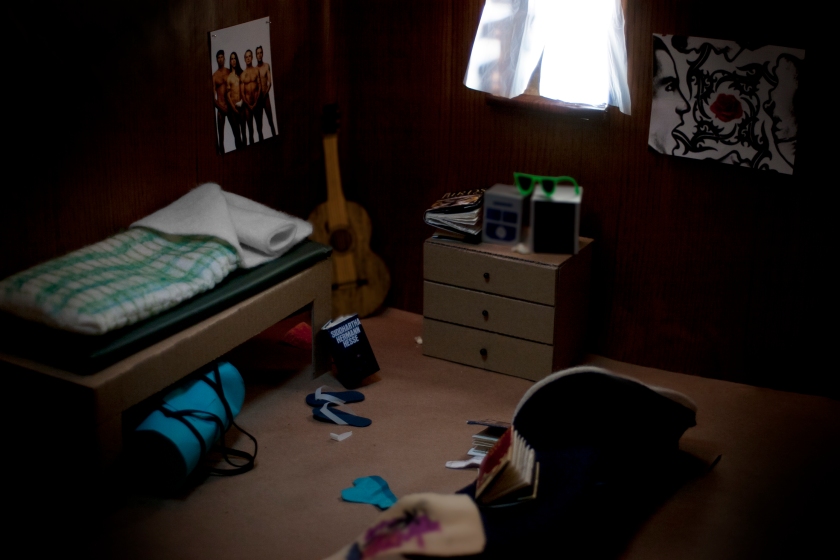 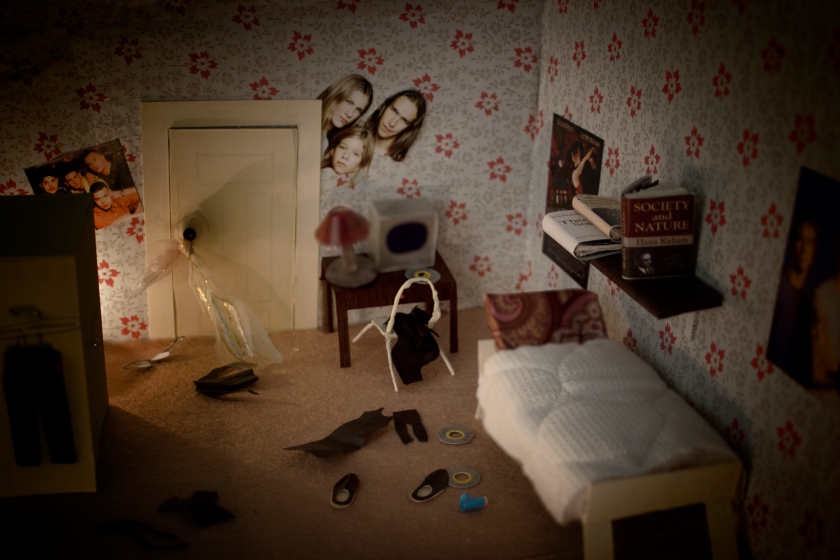 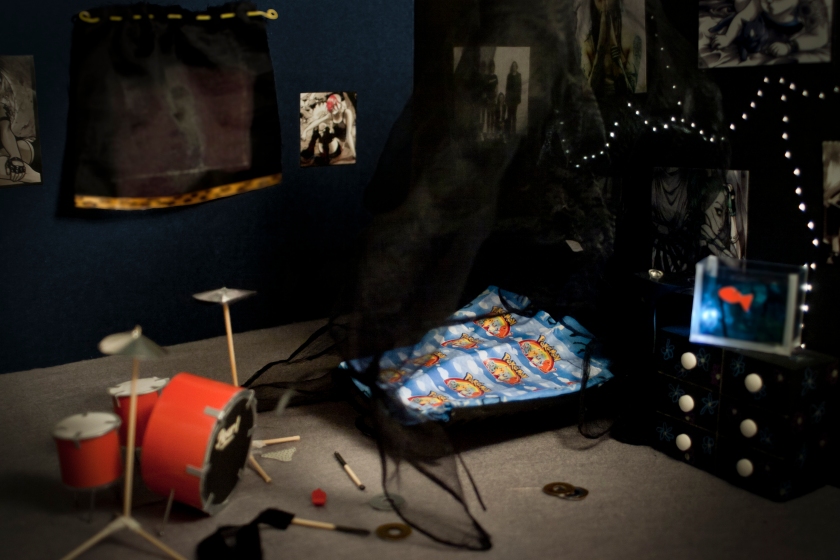 Memory 4: One In A Million (Jungle Remix)