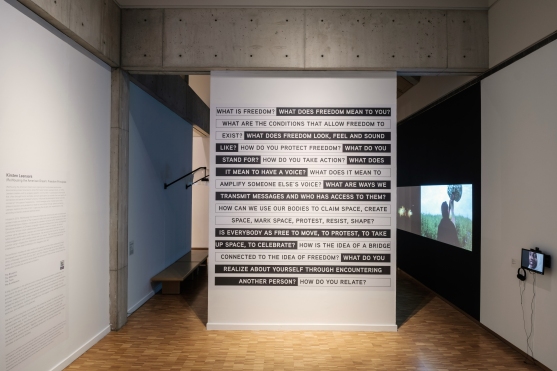 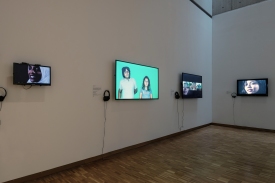 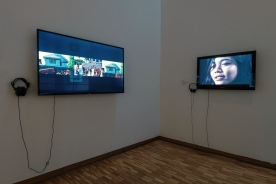 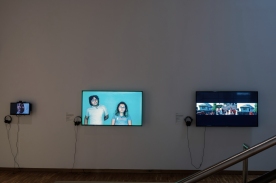 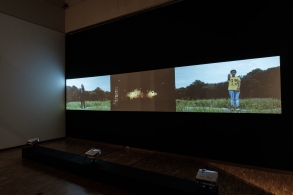 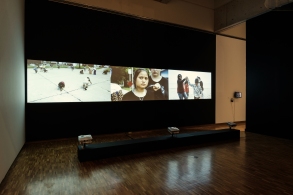 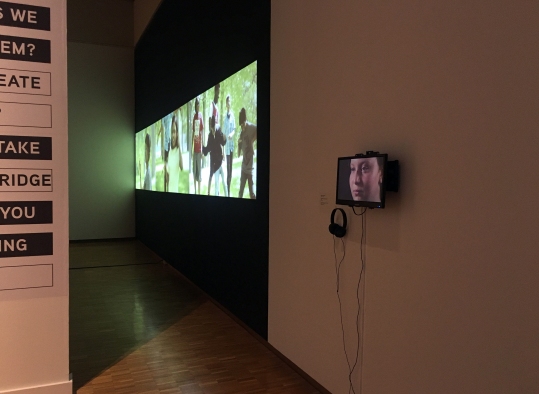 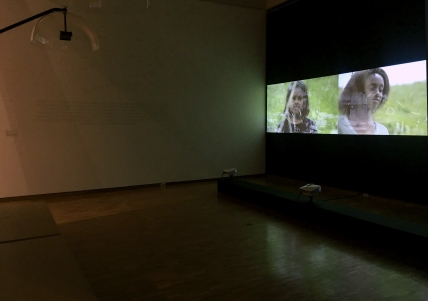 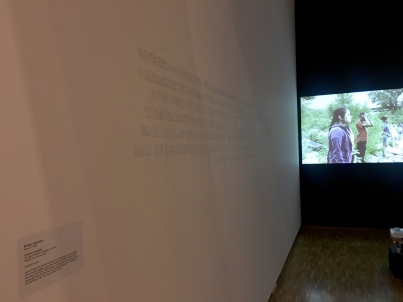 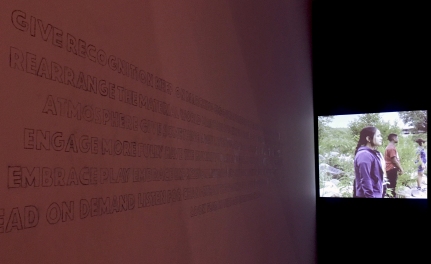 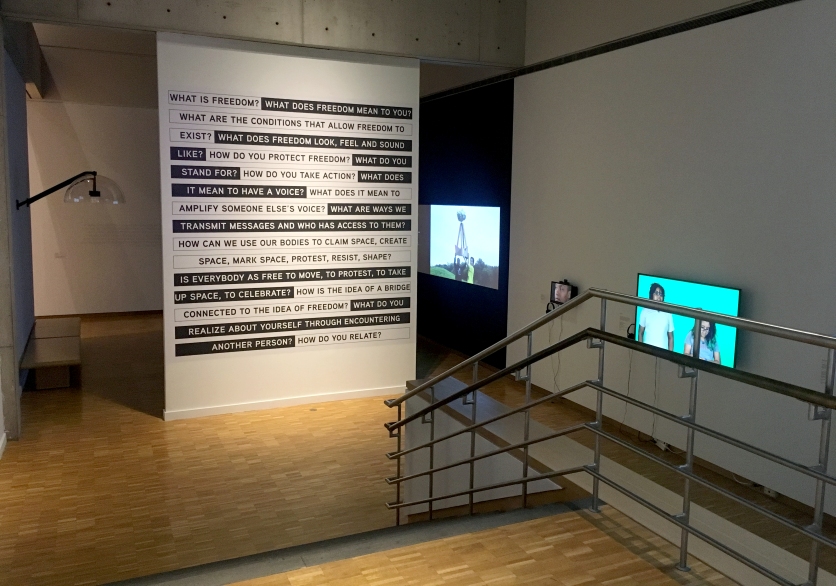 (Re)Housing the American Dream is an ongoing community-based performative documentary project directed by Artist-Filmmaker Kirsten Leenaars (Dutch b). Leenaars creates work by engaging specific communities in a participatory framework that, often through humor and play, prompts participants to consider their own points of connection and sense of shared humanity. Influenced by philosopher Hannah Arendt’s concept of “the space of appearance,” which emerges when multiple actors with different positions and perspective relate to one another through speech and action, Leenaars’ explores the role of film in capturing the plurality and unpredictability that, according to Arendt, produces political action.

Initiated in 2015, (Re)Housing the American Dream has continuously and simultaneously existed inside and outside of the museum’s walls. Each year, the same group of refugee and American-born children—introduced by Leenaars during her artist residencies at the Milwaukee Academy of Chinese Language International Newcomer Center and Highland Community School—have collaboratively developed a theme to explore. An annual summer camp, devised by Leenaars and informed by characteristic elements of her hybrid social, performance, and video practice, has served as the forum for the group’s critical engagement with complex social and civic issues. The films produced during the summer camp—ranging from traditional interviews to more poetic three-channel art installations—have been exhibited at the Haggerty each fall.

This exhibition includes all video works that Leenaars and her young collaborators have co-created over their three-year production period: (Re)Housing the American Dream, 2016; A Message from the Future, 2017; and The Freedom Principles, 2018. While the topics and framing questions have varied, the structure of the summer camp-turned video production has remained consistent:

A blog, accessible on the iPad installed here and at rehousingtheamericandream.wordpress.com, documents the group’s daily activities as guided by this participatory framework. It provides a window into the communal creative process— which explores the relationship between imagination and reality, between performance and authenticity— that has yielded this body of work. Further insights can be gleaned from the writings—by Leenaars’ young collaborators, their parents, curators and academics—that appear in the catalogues produced each year, also available in the galleries.

The amount of writing that circumscribes this enterprise reveals the extent to which Leenaars’ practice is deeply entwined with language—as prompt, as framing device, as limit. The power of her process stems from the creation of a “space of appearance” that allows a diverse set of actors to receive, interpret, and translate words into embodied experiences and actions. Together, Leenaars and her young collaborators model the value of democratic forms of knowledge production, of collective action, and ultimately of community building.